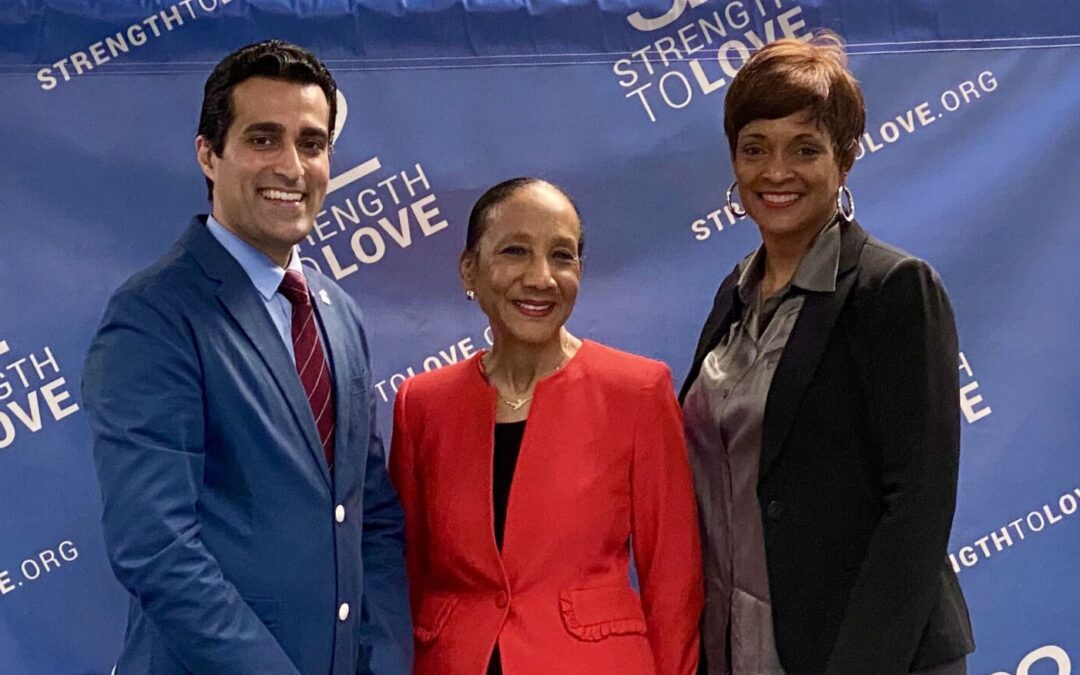 SPRINGFIELD– State Senator Jacqueline Collins was joined by advocates to highlight Collins’ new law –the Funeral and Burial Assistance Act –that was signed into law Tuesday.

“Every child deserves to grow up free from gun violence,” said Collins (D-Chicago). “What happened to Mychal Moultry Jr. should not have happened, but the death of children from gun violence is something that families are becoming increasingly accustomed to. We have to put a stop to it.”

The new law, previously House Bill 2985, is meant to reduce the emotional and financial burden on low-income families by paying up to $10,000 in direct payments for respectable funeral and burial services for families of children killed by gun violence. Senator Collins set out during the spring session to partner with the Strength to Love Foundation to make this assistance a reality for qualifying families. With this law, eligible families will be able to receive this aid beginning July 1, 2023.

The law helps grieving families stay afloat after fatal gun incidents by creating the Murdered Children Funeral and Burial Assistance Program, which will fund the services of funeral establishments after a family’s application for assistance is approved. This program offers an easier, more financially-effective way of receiving assistance than Illinois’ existing funeral service reimbursement process, which often leads families into overwhelming debt and extended grief. The law also includes language that ensures all families of child victims get fair consideration for funding by not automatically preventing them from being awarded because of a child’s criminal background.

“Losing a young child to gun violence is among the most horrific tragedy a family could experience,” said President and Founder of the Strength to Love Foundation Dr. Dave Nayak. “This law provides a light for those families during the darkest times in their lives.”

Collins’ law will help address the public health crisis of gun violence and support the growing number of families devastated by its negative impacts.