The program for the burial grants for young people passes to the State Chamber, the Senate 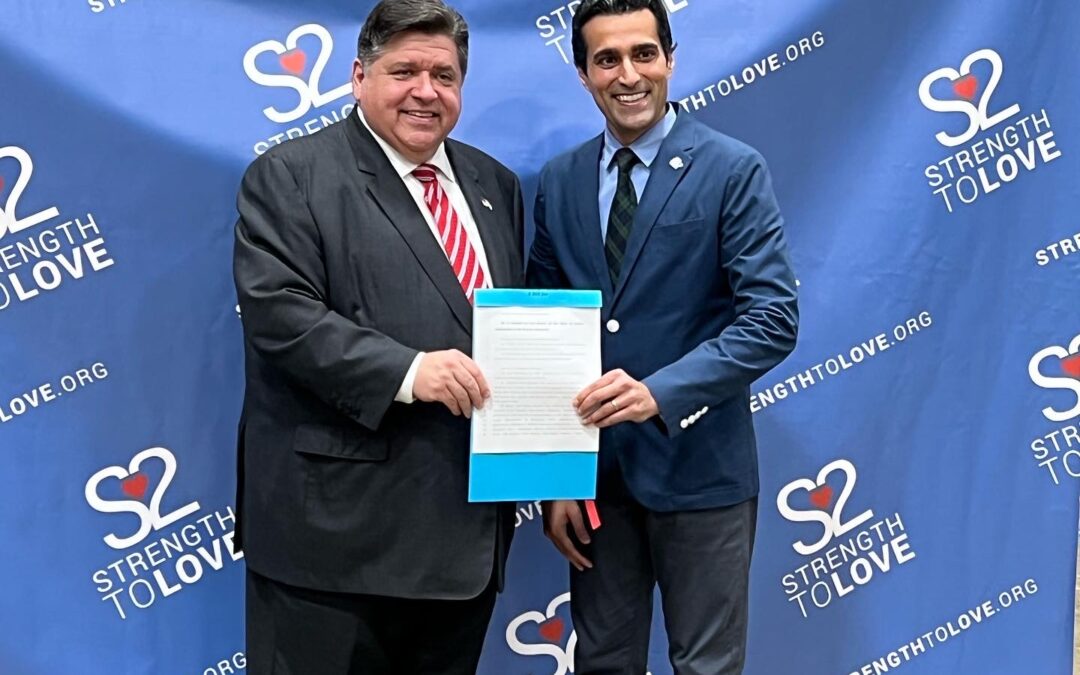 When Mychal Moultry Jr., 4, was shot dead in early September, her family didn’t have money for a burial, so they chose a $ 13,000 cremation.

It was Dr. Dave Nayak’s nonprofit community, Strength to Love, that covered those costs. But Nayak knew then that this was not a unique situation.

“When you hear about a family being forced to cremate their child instead of burying him, it’s absolutely even more traumatic,” Nayak said. “They need to see that memory of their baby cremated on their bedside rather than actually going to a place where they can actually breathe and help the grieving process.”

After several months of pressure, the bill was unanimously approved by the General Assembly. Nayak and Collins were joined Wednesday at the Thompson Center by House Rep co-sponsor Camille Lilly to celebrate. Governor JB Pritzker signed the bill on Tuesday.

The legislation creates a grant program through the Office of Violence Prevention, offering up to $ 10,000 for families who lose a child under the age of 17 to gun violence. Families would work with a funeral service to present a death certificate and proof of income, such as a paycheck. If their application is approved, the funds would be distributed directly to the funeral home.

Collins expects the program to start running next year.

He added that the law provides some relief to families who “don’t know where to turn” as they cope with the death of a child.

“It gives me a feeling of satisfaction that we’re offering them some little help to bring some comfort to ease some of the pain,” said Collins. “We will never be able to ease the pain of losing a loved one, but it makes the path a little easier to give your child a respectful homecoming.”

Although the state already helps families affected by gun violence through the Illinois Crime Victims and Compensation Act, Nayak said the process can be lengthy, with families sometimes waiting years for reimbursement. The new legislation streamlines the process and minimizes paperwork so families can receive the funds within days.

Wednesday’s announcement was marked by the aftermath of a particularly violent evening in Chicago. On Tuesday, 21 people were shot dead, two to death and 11 in two mass shootings on the South Side.

Collins pointed out that “gun violence is a leading cause of death for children and adolescents in Illinois” and among blacks in Illinois the rate is disproportionately high.

Mychal Moultry Jr., 4, was killed in Chicago over Labor Day weekend while braiding his hair in an apartment in Woodlawn.

That’s why new legislation and similar means of assistance are “more critical than ever,” Lilly said.

“Gun violence is not going away,” Lilly said. “And we as a government should be willing to show that we want to solve these problems and support families here in Illinois and nationally. This type of grant, named after a 4-year-old boy, will hopefully tell our community that we care, but it also tells them we want it to stop. “

“Many of the families facing this kind of loss think no one cares, no one understands,” he said. “But more than they know, families have experienced what they have experienced: I am one of them. I lost my brother [to gun violence] at the age of 21 and we didn’t have this. Knowing it’s okay now … I can go to the families, take this and our compassion from the state to say this is available to you. “

Chicago Police Department investigators continue to investigate Mychal’s death. Nobody is in custody. Her mother, Angela Gregg, asked the killer to turn himself in.

If anyone has any information, they are asked to contact the police or send a tip anonymously CPDTIP.com. The Gun Trafficking and Murder Tips line also offers rewards of up to $ 15,000 for information. Anonymous calls can be made to 833-408-0069. Even the police they released the video of the car they suspect it was used by the shooter or shooters.

Cheyanne M. Daniels is a reporter for the Chicago via Report for Americaa non-profit journalism program that aims to strengthen newspaper coverage of communities on the south and west sides.