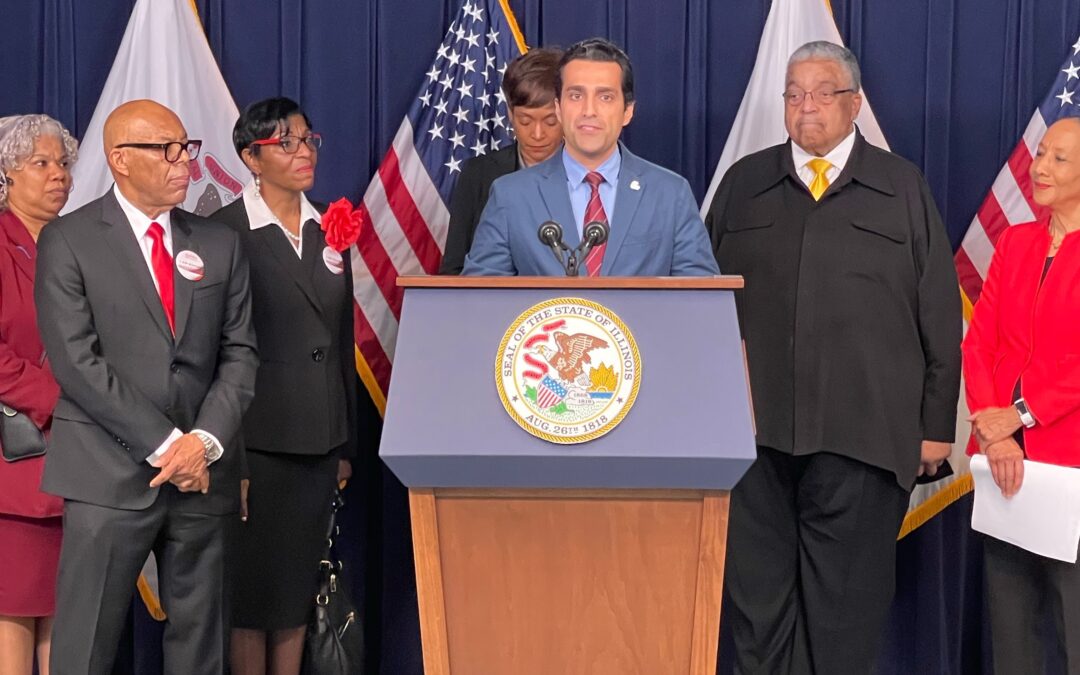 When 4-year-old Mychal Moultry Jr. was shot and killed in early September, his family didn’t have money for a burial, so they chose a $13,000 cremation.

It was Dr. Dave Nayak’s community nonprofit Strength to Love that covered those costs. But Nayak knew then this was not a unique situation.

“When you hear of a family who is forced to cremate their child, instead of bury them, it’s absolutely even more traumatic,” said Nayak. “They have to see that memory of their cremated child on their bedside rather than actually going to a place where they can actually breathe and help the mourning process.”

After several months of lobbying, the bill passed the General Assembly unanimously. Nayak and Collins were joined Wednesday at the Thompson Center by House co-sponsor Rep. Camille Lilly to celebrate. Gov. J.B. Pritzker signed the bill into law on Tuesday.

The legislation creates a grant program through the Office of Violence Prevention, offering up to $10,000 for families who lose a child under 17 to gun violence. Families would work with a funeral service to submit a death certificate and proof of income, such as a pay stub. If their application is approved, the funds would be distributed directly to the funeral home.’

Collins expects the program to start operating next year.

She added the law provides families who “don’t know where to turn” some relief as they deal with the death of a child.

“It gives me some feeling of satisfaction that we’re offering them some small outreach to bring some solace to alleviate some of the pain,” said Collins. “We never will be able to alleviate the pain of losing a loved one, but it makes the path a little bit easier to give their child a respectable homegoing.”